Last Easter we had the chance once again to visit the Netherlands !It’s been two years in a row now that we’ve spent our Easter break in our second home in Europe, the bike capital of the world, the place where Tulips are goddess of beauty and pancakes are eaten for dinner! See, I always look forward going to Holland in Springtime for so many reasons. One, I’m still over the moon by the colors of Spring which I can only see in the Netherlands. Last year we have visited the Keukenhof in Lisse and I must say it again that it is really the most beautiful Spring garden in the world! If you won’t agree with me then you must see it by your own eyes to believe. Actually, we went to Holland right after we visited Berlin which is just 4 hours away by train on a direct Intercity train. I am glad that we made the right choice for this place because it turned out to be an amazing place add to the fact that we are having a wonderful spring weather in the spring capital of Europe!

We arrived in Utrecht at around 11 a.m . First thing I did was to look down for some manholes to ponder. I didn’t see much but I found some. Most of the shops are already open from 10 a.m on Maundy Thursday. Utrecht is the 4th largest city in the Netherlands, located 50 km southeast of Amsterdam and only takes about half an hour by train. Netherlands has a great train network so Utrecht is easily accessible from Schiphol central station. Trains runs very frequently so the ride is really quick.What I find unique in the Netherlands is their scanning gate system in the train station which is really impressive and have better control of the passengers.

For me, Utrecht is a mini version of Amsterdam, less chaotic, trendy but less crazy, but can also be full of frantic crowds, and also very touristy. It’s a great family get-away because it has everything for young and old. The crowds can be so diversed and multi-cultural. Along the canal areas I saw rows of coffee shops and you know that they don’t sell the ordinary Cappucino or Latte! Looking very “Dutch” is Oudegracht’s full of “Fiets” or bicycles. Only in Holland you can see this bicycle fever (ever!). Netherlands is really the country of bicycles. In Germany, people also cycle a lot but I’ve never seen the same amount of bicycles than in Holland! Of course, with the unique “Gezellig ” flair of the two major canals that runs through the city center, the Oudegracht and Nieuwegracht, a daytrip in Utrecht is a great escape from big cities like Amsterdam or Rotterdam. It’s Easter break so the whole canal area was full of people, relaxing,chilling, and basking in the sun.There was so much activity going on around. Never a dull moment and time really flies so fast. But be warned though, if you’ve never been to the Netherlands,brave yourself when cycling and watch out for other cyclists! Aside from the fact that the roads are smaller, most streets in the city center is one-way.

I am really looking forward to spend time exploring the canals of Utrecht. While walking, I was taken back to the time when we are in Amsterdam’s Prinsengracht and the Red light District areas. With the long rows of cafes, shops, boutiques and restaurants along the canals, visitors can have a nice walk. Time flies so fast and it’s really cozy strolling around. This is a feature that is unique for the city of Utrecht. Utrecht is a small city and compact so exploring it doesn’t take that long and walking is the best way to explore it so make sure that you wear comfortable shoes. But because we had a toddler with us, we took our time going with her phase. I just realized that my daughter walked as much as we did even from our days in Berlin. The stone boulders and poles became her jump poles and playground. My daughter was fascinated by the ducks along the canal banks and she wanted to feed them with coins!

It is never boring to walk along Oudegracht with rows of houses because everywhere I look is so pretty! I took so many photos because every angle is just different, and as usual, they are never aligned!

As soon as we exited the mall, ( I totally forgot its name..) which was adjacent to the the Utrecht central station we follow the crowds leading further to the canal area which directly led as to the iconic Domtoren (or Dom Tower).Built of design by John of Hainaut and is the tallest church tower (112.5 meters) in the Netherlands. It was completed in 1382 and the tallest belfry in the country. I’ve heard about this church before but seeing it for real is really great.The exterior of the church tower is heavily renovated from the time of our visit but still on operations so its still accessible for visitors. I’ve heard that renovations are expected to be completed by 2022.

The Tower contains 14 bells that weigh 32 tons and what makes it unique is that its still rung by a group of dedicated ringers or the Utrecht Klokkenluiders Gilde. There are two chapels in the tower; the Egmond chapel and the St. Michael’s chapel. Take note that you can only visit the Dom on a one hour tour. If you are in a hurry, you can still enjoy its exterior facade.

Actually, the main reasons why we visited Utrecht is to see the Nijntje Museum ( or Miffy Museum) .I’ve been longing to see this museum for a long time because of my four year old daughter.She had a blast in Berlin in the Legoland Discovery Center, going crazy over lego and the indoor playground, but inside Miffy Museum she had a total world of fun and interactive learning. Miffy Museum is the pride of the Netherlands in memory of its creator Dick Bruna. Seeing the museum, I can say that this place is definitely true to his words–” I create a world that children fill with their own imagination”. For once, I think the Netherlands has the most wonderful museum for young children and adults.

Adjacent to Miffy Museum is the Centraal Museum which houses the great works of local artists such as Joachim Wtewael and Gerard Van Honthorst. Another interesting feature is the “Utrecht ship” located in the cellar of the museum.It’s located in front of Miffy museum. There was a cozy Cafe in the corner of the Museum which you can enjoy a quick bite and enjoy the beautiful gardens.The souvenir shop can be found in the main entrance of the Museum.

We walked a bit further and we discovered the beautiful Labyrinth gardens in St.Martin’s Cathedral (Domkerk) .St.Martin’s cathedral is the main cathedral in Utrecht and once connected to the Dom Tower but due to the collapse of its nave from the Tornado in 1674, the two building have been separated.This church was once the largest church in the Netherlands.What remains of the interior is still of high quality and extremely ornate with many vaulted arches and colorful stained glass windows. This is the lone church in the Netherlands that has a close resemblance to the style of the Gothic architecture.The building has a sole 367 ft tower named Dom tower which is Utrecht’s landmark. I was rather surprised to see the serene green surroundings inside the square of the cathedral. It has a fountain in the middle and the naves creates a remarkable shadow from the afternoon sun that creates a very relaxing atmosphere. Unlike the other Dom that we’ve visited, the garden has no graves, only a Labyrinth that my daughter loves.

As we are getting tired from walking around 2 o’clock afternoon, we decided to look for a place to sit down and have a drink. We followed the train back to the canal areas and wander through the narrow streets. The crowds are still on frenzy and there were now street musicians playing along the canals. Super ” Gezellig “!

Grabbing an ice cream, we sat by the benches facing the canal and just enjoyed the view, languishing on the coziness of Dutch life. People of different skin enjoying every single moment of leisure and I know, I am not the only one who became a storyteller after visiting this wonderful little city in the Netherlands.

Indeed, it was one fine day in Utrecht.

NEW ART: What comes easy... won’t last... What lasts, won’t come easy. Layers upon layers... then character comes in. #artofvisuals #abstractart
Here comes the sun 🌞🎼🎶...first day of the brand new year... make it good.
A walk into the Bright lights and wonderful Architecture...
Christmas is all about giving! I am so happy this one of a kind unique Abstract piece found its new home... just in time for the best season of the year. #froheweihnachten #myartwork #abstractart
Nature Adventure
Lekker...Lecker #olliebollen in the Netherlands 😍
“ Burst of Joy “ 40 X 40 cm Abstract piece I finished this painting last night and I can’t be more happier... every stroke, every texture is really worth to create something that is authentic, purely original and this piece shows how I feel about the coming holiday season... Of course i need to share a photo of it before it goes to its new home.... ..because every artwork deserves a home. #christmasgiftgiving #perfectgift #handmade
Sometimes fantasy is better than the real thing...if you see it, then its there.🦋 #fantasyart #aquarelleart
You have to fight through some bad days to earn the best days of your life.... #aquarelleart #justbluedutchart
Wish I may...wish I might. #winterwishes
The colors of Fall which I painted in this watercolor piece...i think its quite true ; " Winter is an etching.. Spring a watercolor, Summer an oil painting, And Autumn is a Mosaic of them all..." -stanley horowitz
♠️ This makes me feel good on a rainy grey day like this...#flames #abstractart
" BOHEMIAN BLUES " Created out of organized chaos. For me, Art is not about always striking and pretty things. Sometimes it just shows from random acts of experiments and practice...out of a driven eagerness to sharpening your skills and keep on going... It's about who I am, What happened to me each day as I continue in my craft regardless of whoever appreciates it. And how our lives affected by changes.
Step by step.... Day by day you must do the things you think you CAN'T do...➿ #inspiration #liveauthentically #paintyourdreams
Like my canvas, what's not to love about Autumn sunrise? ➿
Rainy lazy Sunday walks
Summer in oblivion 🖤▪️ Original acrylic textured artwork, handmade and painted in canvas.
Goldene Herbststimmung Oktober 🍂🍁🍂 #FallinGermany #helloautumn🍁🍂 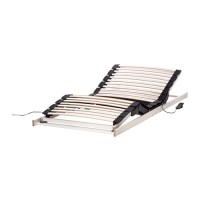 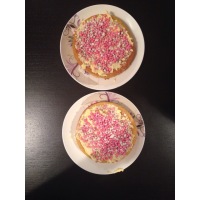 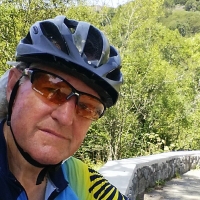 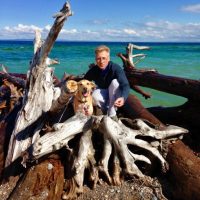 Up and Gone
Write Inspiration

Blogging about what motivates you, from the outdoors, to writing, to a humorous take on health and wellness

Exploring Global Cultures Through Travel, Architecture, the Arts and Cuisine

Kathleen's musings on life, the universe and everything inbetween